In the southeast of México, in front of the Caribbean Sea, lies the country’s youngest state. Quintana Roo’s territory, divided between the rain forest and its fine sand beaches, protected from the violent Caribbean by the world’s second-largest reef, offers its guests a vast number of unique experiences.

All along, its territory grew one of the most ancient and advanced cultures of America, the Maya. They built small and large cities such as Kin Ha, Tulum, San Gervasio, Cobá, Kohunlich, among others. Archeology in Quintana Roo is a significant part of our state’s lure, not just because of the beauty of the cities, which have been already discovered, but because, once in a while, new Maya people’s vast buildings’ discoveries take place. 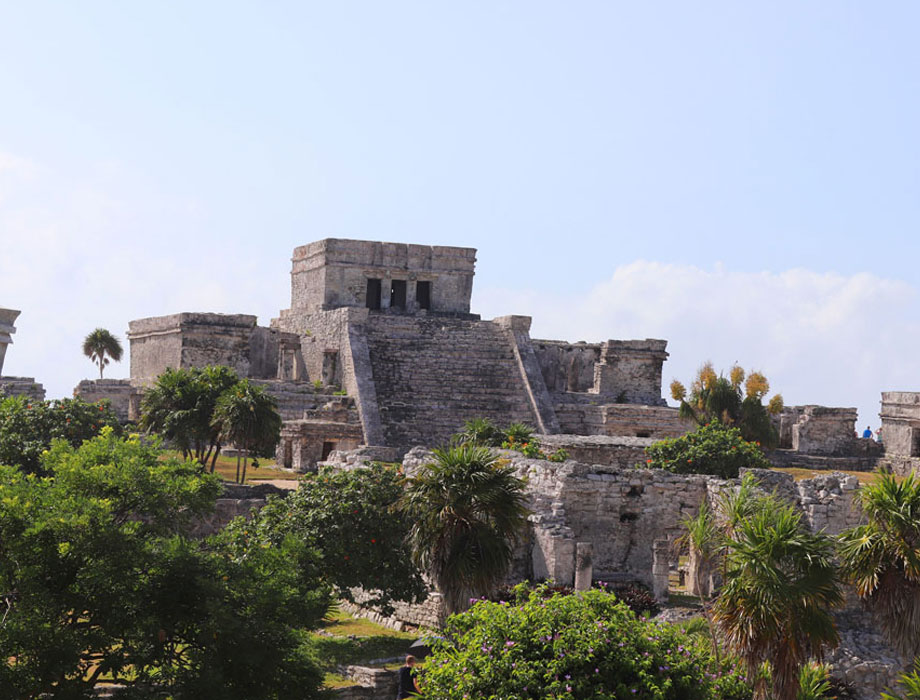 Quintana Roo’s surface is covered by “aguadas”, “cenotes”, and lakes. Its rivers are underground since its limestone surface is fractured; therefore, its abundant rainwater permeates its fractures and fissures, forming fantastic caverns. When one of these uncountable caverns’ roofs fall down, it forms deep holes, called cenotes (from the Maya “d’zonot”). Such as “Lagarto de Oro” (Golden Lizard) or the “Blue Cenote”. Amongst its lakes, we find: Chinchankanab, Chunyaxché, and, of course, Bacalar. However, they are not the only ones. 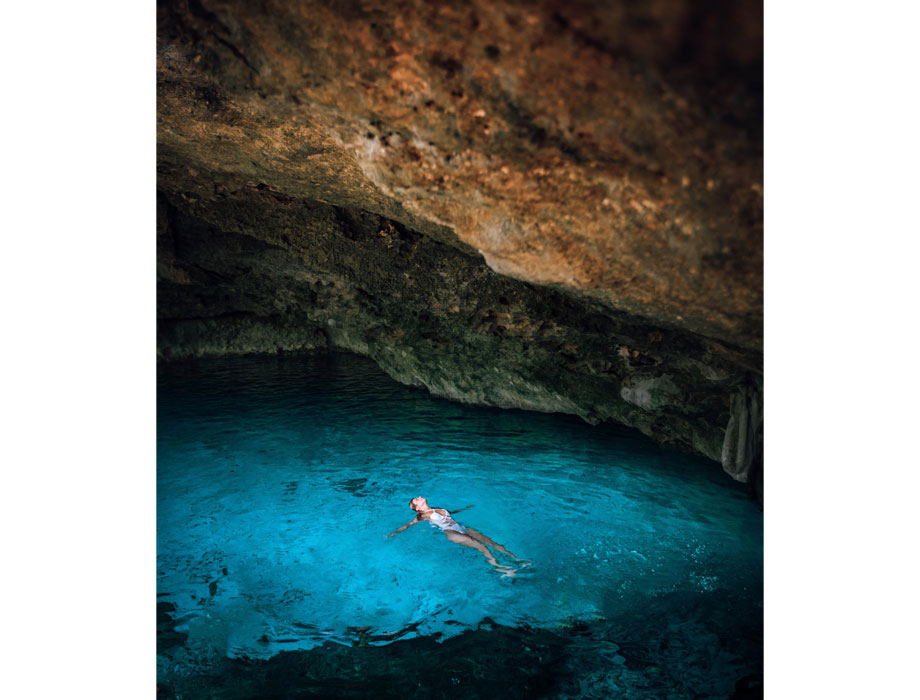 The swamp areas along the shore are mangrove swamps, so many of them that their tangled roots build an almost impenetrable wall that permits many bird species, such as pelicans and ibis, to live among them. These “wall” also protects the land from the hurricanes.

The temperature in Quintana Roo goes from 27º C (80 F) to 35º C (95F) in the summer. Since Quintana Roo is a tropical rain forest zone, rain is present, with more or less intensity, all year round. This guarantees a massive abundance of vegetation and a great diversity of fauna. They are so plentiful that they haven’t been fully cataloged, even though not only Mexican but many foreign scientists have been studying Quintana Roo’s natural wealth for a long time. 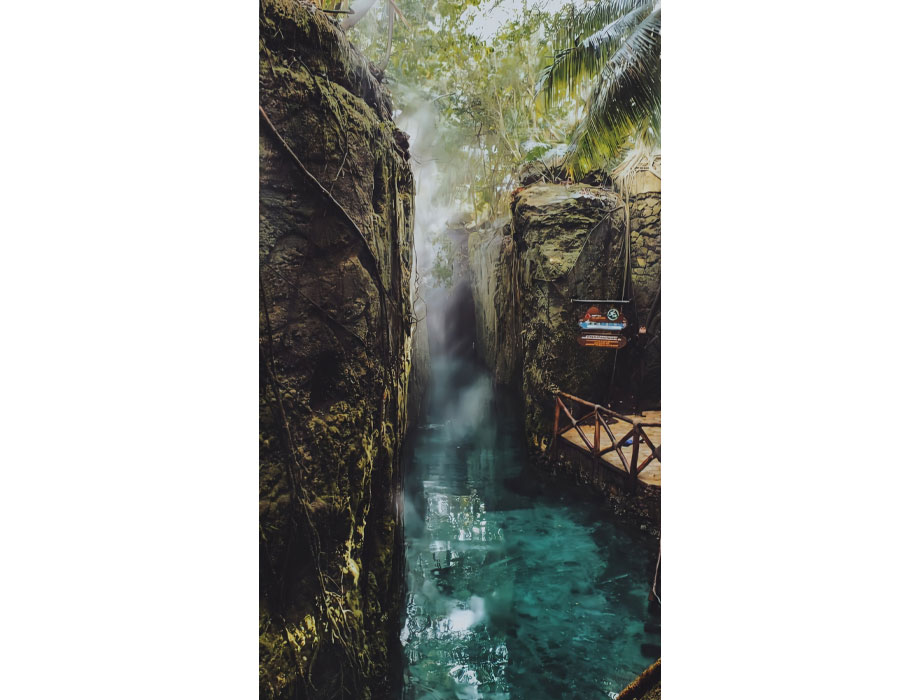 The coral reef all along Quintana Roo’s coast gives shelter not only to coral itself but to algae, crustaceans, and of course, fish. The reef’s inhabitants frequently display luminous colors and beautiful, although, sometimes, strange forms.

Quintana Roo is in itself a complete and complex world, full of different human and natural buildings. To believe such a thing exists, it must be seen. 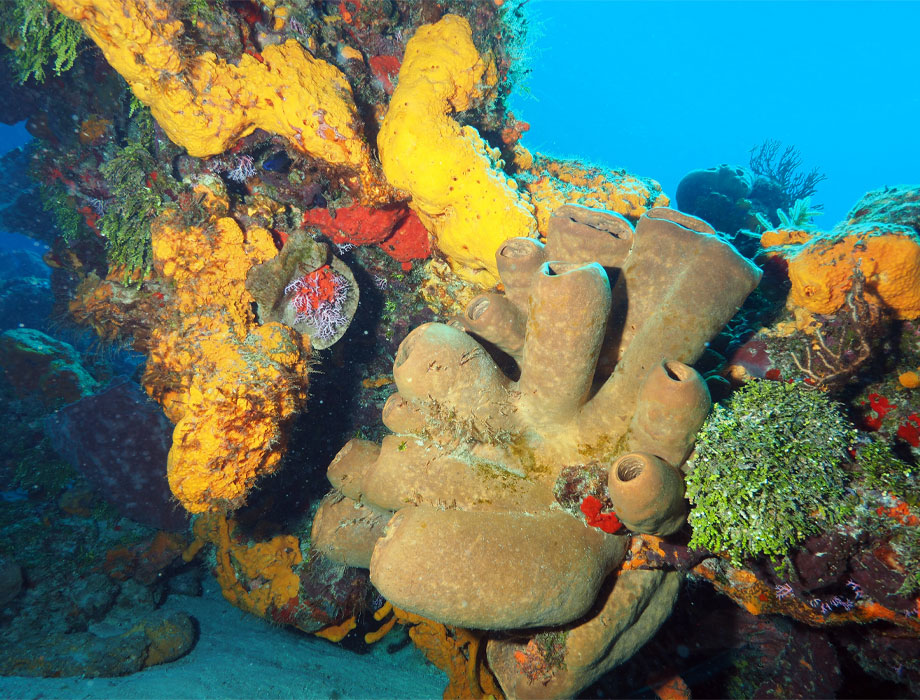